Greetings friends, today’s post deals with the San (Saint) Francisco (France) Bay (Bey) City Hall, which was allegedly built on April 5, 1913. This one was a little bit more difficult to decode than the previous mud-flood buildings that we have done, because they went out of their way to claim this building as one of their own. I even found construction images on this one. All of which are fake, because embedded in this blog post is a youTube video by Jon Levi, called San Francisco Reset, which proves that San Francisco was a mud flood city, meaning that the masonry was free, because it was already built. This means that all European Freemasons had to do was dig out all of the Free-masonry (Tartartians buildings) that was left behind from the mud flood and turn on the lights.

I didn’t need the YouTube video I shared to prove this point, because I found a 1901 image of the San Francisco Bey City Hall already built, when it wasn’t allegedly built until April  5, 1913, according to Google sources (see 1901 image). This evidence is very significance, because it wasn’t built in 1913, when it’s earlier images of the City Hall already completed in 1901. This is a major body bag for the Hijack.

Greco-Roman Architecture is a Moorish/Tartarian mode of craftsmanship. Yes, the Cherokee (Cherry tree) where the real Greco-Romans (Greeks and Romans) and they built all of the Greco-Roman Architecture in the Americas: https://www.facebook.com/Americaisthetrueoldworld/posts/2578185658912385. In this post is images of the San Francisco Bey City Hall, which displays Greco-Roman and Gothic Architecture. Greco-Roman architecture is a Moorish or a Tartarian mode of craftsmanship. Most of these capitol buildings use to have gold or copper plated domes to conduct the atmospheric electricity that these Tartarian building us to harness. Yes, the Old World had free energy and every modern convenience that we have today as far as technology goes, before the great comet of 1811-1812, destroyed the Old World Order that was ruled by Blackamoors: https://www.facebook.com/Americaisthetrueoldworld/posts/2618724021525215.

Please read my previous blog post, “Ancient Greece and Ancient Rome was in Old World America,” because the information all ties in: https://www.americaistheoldworld.com/ancient-greece-and-ancient-rome-was-in-old-world-america/. Also, any town or city that is name Bay, which is just code for Bey, is a strong indication that the city or Town was established and ran by Blackamoors. 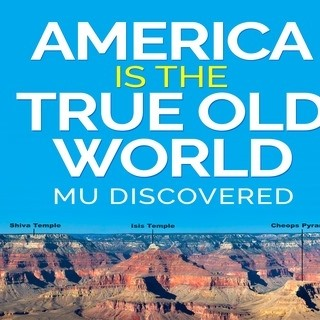 America is the True Old world

America is the Old World is a business dedicated to Ancient American History, Ancient Civilizations, Black History, Indigenous Culture, and private remedies. This business was inspired by my new history book, “America is the True Old World, by Amunhotep Chavis El-Bey.